Fake it Till You Make it: ‘Divine’ Maya Kings Exaggerated their Greatness

In the hieroglyphic records they left behind, the rulers of the Classic Period Maya city known as Tamarindito bragged about their exalted status as “divine lords” chosen by the gods to rule over their people. But as a new archaeological study has revealed, these supposedly divine beings initially ruled over a group of subjects that would have numbered a few dozen at the most.

It seems the first rulers of the powerful “Foliated Scroll” dynasty of the southcentral Maya lowlands were in charge of what more closely resembled a cult of true believers than an actual kingdom. Despite their belief in their own greatness, it took them several generations to recruit enough followers to turn their personal fiefdom into an influential political entity. 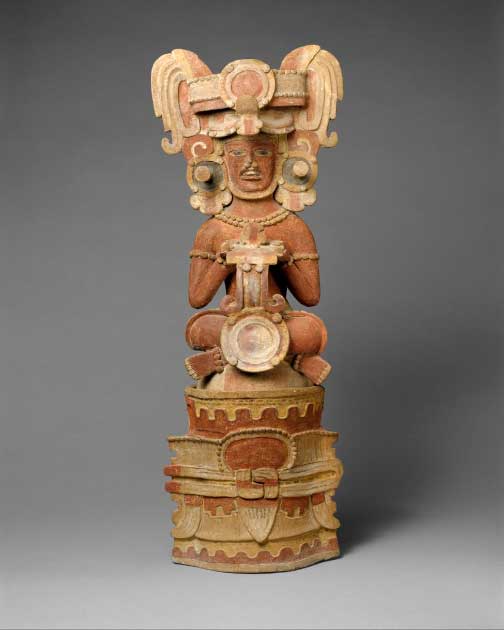 Incense burner from Guatemala with a representation of an Early Classic Maya ruler. ( Public Domain )

This discovery is new and unexpected, emerging from the work of a team of researchers led by Vanderbilt University archaeologist and epigrapher Markus Eberl, who is an expert on the sociopolitical structures of the Classic Period Maya people. The researchers have just published the results of their eye-opening study in the journal Latin American Antiquity , as they report the results of archaeological recovery operations that explored about 80 percent of the Tamarindito site.

The team began its excavations at the ancient Maya capital in 2009. Under the authority of the Tamarindito Archaeological…