What Caused the Natural Mummification of the Mummies of Venzone?

Italy is famous for many things, but did you know it’s also famous for mummies? The Venzone mummies are a collection of over forty mummies found in Venzone, Italy in the 17th century. Although these naturally-preserved mummies are similar to others found throughout the world, archaeologists were baffled at the discovery of so many in one place. How were so many of these bodies naturally preserved, and why did the number of preserved mummies dwindle over time? Experts studying this discovery have some fascinating insights. 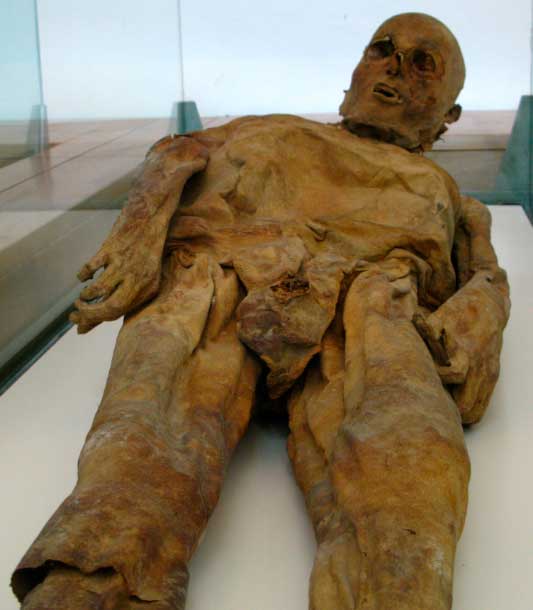 Workers discovered the first mummy of Venzone in 1647, in a 14th-century tomb located below the town’s cathedral. They were renovating the cathedral to increase its size, when they discovered the preserved remains of a man in an underground crypt . Archaeologists estimate that this first mummy dated back to the 1300s, when the tomb was first built. His body was completely dried, leaving his total body weight at approximately 33 pounds (14.9 kilograms). He also had a curved back, giving him the nickname “ Gobbo” or ‘ hunchback.’ Workers at the cathedral left the mummy there at the time, as they had no way to formally extract or analyze it.

Additional mummies were discovered in the decades following this renovation, all weighing between 22 and 44 pounds (9.9 to 19.9 kilograms). The mummies were not extracted until the 19th century, when trained archaeologists…