In a patch of woods on a homestead in southeastern Wisconsin, a recent aerial survey revealed the presence of a pair of hidden historical gems. These were two Native American ceremonial (burial) mounds, which were constructed centuries ago by the indigenous Ho-Chunk people who occupied the region long before the first white settlers arrived. The effigy mounds were built in the shape of a panther and a tadpole, representing two animals that were sacred to the Ho-Chunk.

The area around the village of Lebanon in Dodge County was once covered with Native American burial mounds . Tragically, the vast majority of these astonishing man-made landscape features were destroyed in the 19th and 20th centuries by farmers more concerned with cultivating and harvesting their crops than preserving ancient earthen monuments.

But the destruction was not complete. Thousands of these effigy mounds still decorate the hills and valleys of Wisconsin, and even now new mounds are occasionally being discovered in surprising and unexpected locations. These two were discovered beneath a canopy of trees on a rural hillside outside of Lebanon, which was actually not that surprising since rumors had suggested there might be Native American effigy mounds at that location. 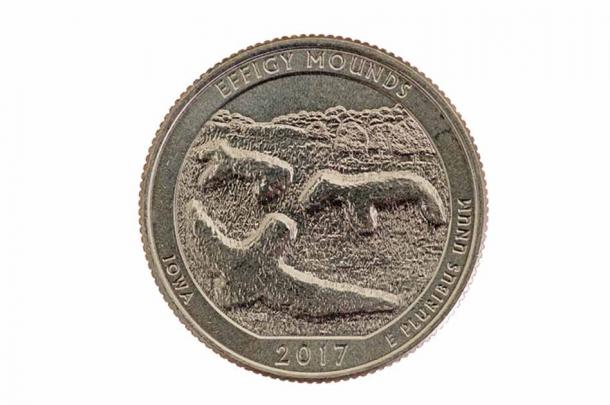 As a long-time resident of…