Datong, Shanxi province has now yielded a large number of terracotta figurines, dated 1,500-years-old in the latest round of archaeological finds – all from the tombs of the upper class. Due to where they were found, the figurines provide a window into the study of funeral culture, ethnic costumes, and social life in the Northern Wei dynasty (386-534 AD). Beautiful and varied patterns have been found in the figurines, including musicians, dancers, servants, laborers, animals, and vessels.

Ancient and medieval China’s tryst with terracotta in burial practices has been well documented – with the showcase being Qin Shi Huang’s terracotta army, a funerary rite buried with him. Discovered in 1974, they took the world of history and archaeology by storm, with more than 8,000 soldiers in total. 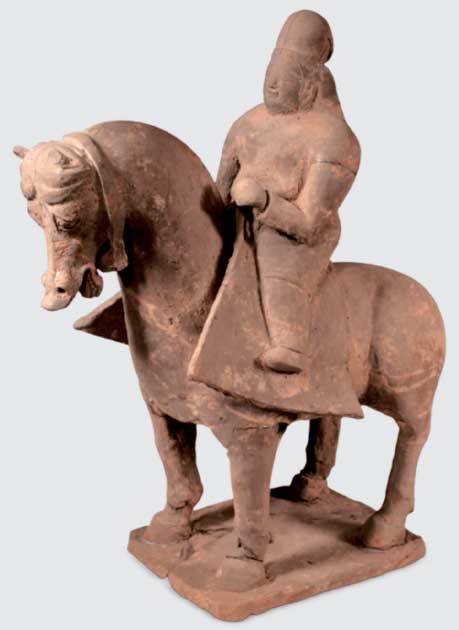 The parade of entertainers was led by horsemen such as this. ( China Daily )

But such effigies accompanied many to the afterlife. The latest finds, made by archaeologists from the Datong Institute of Cultural Relics and Archaeology, were located in tomb 113 at Datong. A majority of these were earthenware figurines led by pottery horsemen. Behind them lies a full entourage of laborers, animals, daily life objects, bullock carts, 10 Hu figurines, musicians, acrobats, and dancers posted in dynamic forms, reports Arkeo News .

The female dancers are of particular interest, as their costumes provide a window into understanding the connection between attire and…